Exploring the final frontier of human-computer interaction with a neuroadaptive opera…performed by the audience, dancers and computational creativity . 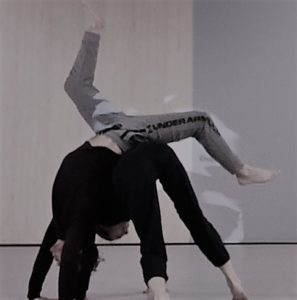 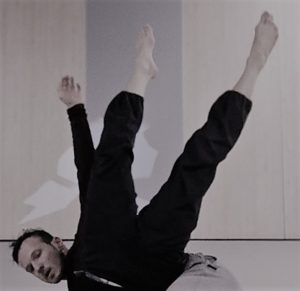 A symbiotic dance version of Wagner´s “Tristan and Isolde” where dancers are controlling the music via body movements and implicit psychophysiological signals. This work explores the next step in this coming-together of man and machine: the symbiotic interaction paradigm where the computer can automatically sense the cognitive and affective state of the user and adapt appropriately in real-time. It brings together many exciting fields of research from computational creativity to physiological computing. To measure audience and to use the audience's reactions to module the orchestra is new way of doing "participatory theatre" where audience becomes part of the performance.

“Tristan and Isolde” is widely considered both as one of the greatest operas of all time as well as beginning of modernism in music, introducing techniques such as chromaticism dissonance and even atonality. It has sometimes been described as a “symphony with words”; the opera lacks major stage action, large choruses or wide range of characters. Most of the “action” in the opera happens inside the heads of Tristan and Isolde. This provides amazing possibilities for a biocybernetic system: I this case, Tristan and Isolde will communicate both explicitly (through movement of the dancers) but also implicitly via the measured psychophysiological signals.

This Art-Research project is supported by: The Cultural Endowment of Estonia, Tallinn University

Presentation of project: November 29th-30th and December 1st, 2018 at 3:e Våningen Göteborg (Sweden) at festival Independance. The event is dedicated to the centenary of the Republic of Estonia and supported by program “Estonia100-EV100”.

Fine5 Dance Theatre is one of the best-known and the most influential contemporary dance companies in Estonia from 1992. Since 1997, the key figures of theatre are Renee Nõmmik and Tiina Ollesk. Tiina and Renee have won several contemporary choreography prizes at Vitebsk IFMC (1992-2010), their works have been nominated 8 times as best contemporary dance production in Estonia and in 2009 and 2015 they became laureates of the Theatre Union Prize for the Best Dance Production. Our artistic team for biocybernetic project are dancers-choreographers Tiina Ollesk, Renee Nõmmik and Simo Kruusement.

Ilkka Kosunen (PhD) has spent more than a decade in developing all kinds of real-time adaptive physiological computing systems ranging from first person shooter games to neuroadaptive virtual reality meditation systems. He has published over 30 scientific articles on biofeedback, neuroadaptive systems, brain-computer interfaces and related topics. He has long musical background having studied classical guitar for 13 years at the Kuopio Conservatory. He also took lessons in electric guitar, clarinet and classical singing as well as participating in numerous choirs over the years. He also acted for four years as the vice-president of Richard Wagner Culture Society of Helsinki (RWKY), during which time he took part in organizing several Wagner related events as well as the publication of Grane, the Bilingual (Finnish-German) Wagner culture magazine.

Giovanni Albini is a composer and professor of Music Theory at the Conservatory of Udine (IT), lecturer at the Conservatory of Pavia (IT), visiting lecturer at the Conservatory of Lugano (CH), and academic member of the Istituto di Studi Superiori dell’Insubria “Gerolamo Cardano”. He holds a BM, a MM and a PgD in Composition, a BS and a MS in Mathematics and a MM in Classical Guitar. His theoretical research focuses on mathematically informed aesthetic theories of music composition, mathematical music theory and its application to composition and he devoted himself with special interest to soundtracks for interactive media, music AI and non linear composition systems. He is the founding Artistic Director of the highSCORE New Music Center and of the highSCORE Festival, today’s principal Italian Contemporary Music Festival offering masterclasses.

Hans-Gunter Lock is a composer and a musicologist, and has been living in Estonia since 2000. His creative work consists mainly of electronic music, or combinations with acoustic instruments. Evermore, he specializes in the production of electronic sounds in real-time, creating live-performance environments, which are connected to acoustic instruments, or controlled by electronic performers. He also experiments with different ways to express musical ideas through physical embodiment, like, for example, electro-mechanical remote facilities such as Disklavier-technology and alternative control environments using sensors and motion tracking. He is interested in collaborations with different multimedia and performance artists, and, in addition to his own creative output, tends to exceed the sphere of music performance traditions.